We met for the start of the Ride at Bognor Library at the earlier Winter Start Time of 1.00pm.

Weather was dry and bright with a turnout of 21, with 2 new riders Guy and Jane. We decided to split the group in two, Steve leading the first group followed by Russ who lead the second group with Carol as the back marker keeping in contact with Steve via walkie talkies.

We left Bognor library heading towards King George Playing Field, Felpham to meet up with Graham. The large number of riders can be seen going into the distance in the picture as we went on the cyclepath round the Playing Field. 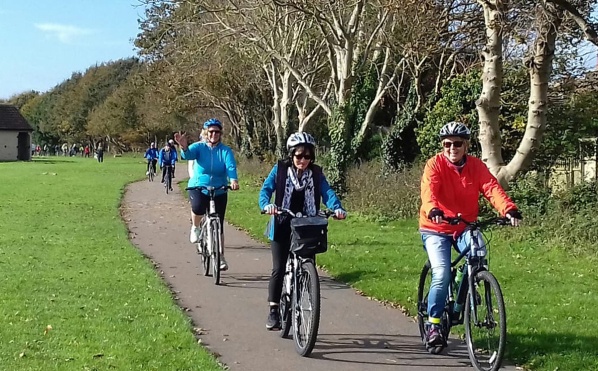 Willows tea rooms was on the right by the windmill. We had called ahead to let Chris know how many to expect and roughly what time.

After some Tea, Coffee and delicious cake we sat enjoying the lovely Weather 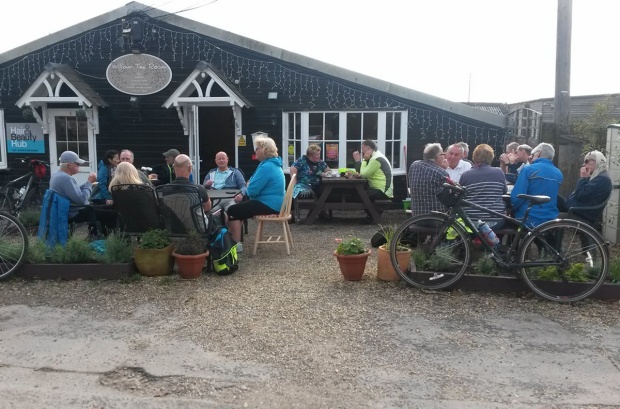 Carol led back turning left out of the tea rooms and then left in to Hill Lane, on to Hoe Lane cycle path and back lanes through new housing estates to the library.