I led the group down to Bognor seafront from where we took the prom to its end at Nyewood Lane.

Then it was Fish Lane with a turn via Chawkmere Coppice to cross Aldwick Green and the duck pond and a photo stop.

From there we took the Lower Bognor Road to Butterlees Farm where we took an off road route to Lagness.

A short bit of busy road followed before we turned right into Merston Lane then Green Lane to ride off public roads again on the bridleway through Chichester food park on the old Merston Aerodrome. 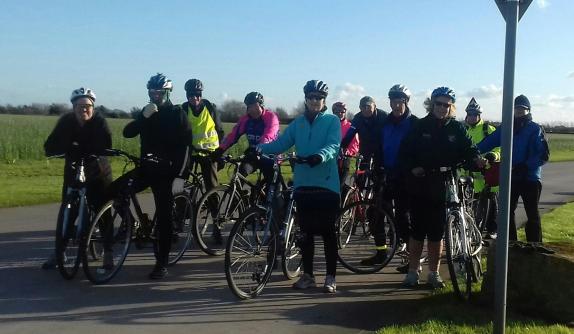 On the other side was the cycletrack which we took direct to the Brick Kiln nursery.

The Brick Kiln does Christmas in a big way and as well as a choir singing accapella carols there was an opportunity to visit Santa. Unfortunately i was refused entry to Santa as apparently I had not been a “good boy” over the course of the year. 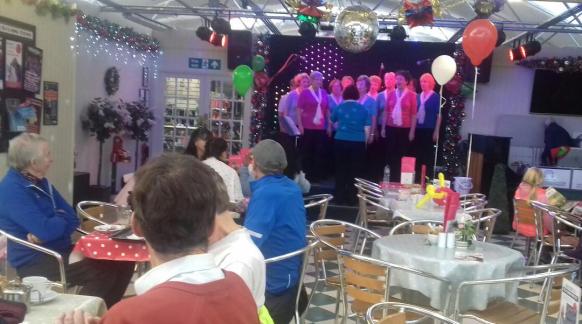 Andy left us at the nursery to return direct to Chichester whilst I led the rest of the group down the cycletrack and the Colworth loop to Bersted and back via the usual contorted urban route back to central Bognor. By this time the temperature had noticeably dropped as the sun set. Bognor town was noticeably buzzing as the Christmas lights were due to be switched on and the ice rink and associated market were crammed with people.

Round trip Mileage from and back to the library was a modest 14.5