During the day there was a long period of heavy rain but by late afternoon it had cleared away to the north leaving us with a warm dry evening with light winds. John was the leader and 8 of us in all met at Felpham Leisure Centre including newcomer Martin. Julian joined us at the Pub.

Harvey recommended that we avoid the Barnham path as it was quite muddy after the days rain. I had heard of people cycling on some of the tarmaced parts of the partly completed cyclepath to Littlehampton so suggested to John that we try it out from Flansham to Comet Corner. We headed out that way taking the usual very convoluted route via various estate roads.. 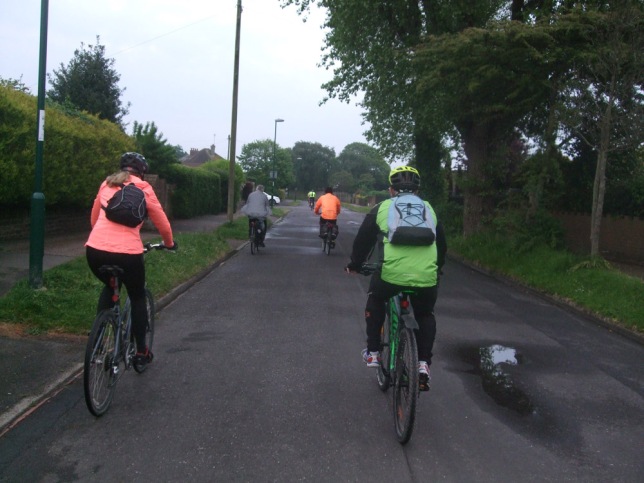 At Flansham we picked up the cyclepath after negotiation of a barrier across it meant to stop people like us from using it. The path in this section is nice and wide with a verge separating us from traffic. We negotiated a few more barriers before getting round a mini digger at Comet Corner. There follows a sequence of pictures showing our Christening Ride on the path. 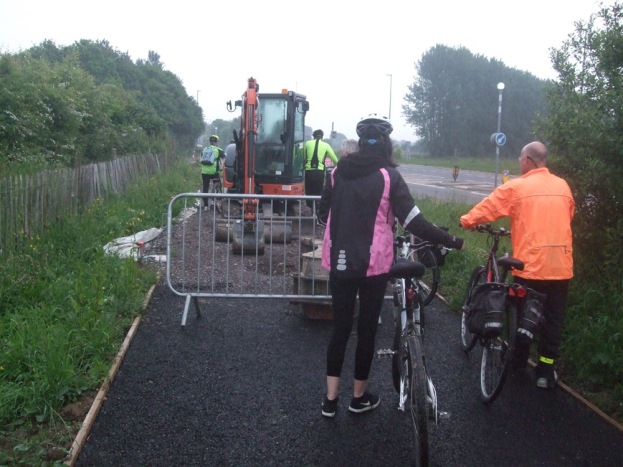 John then led us on the back road up to and through Yapton. Then a nice loop to add some miles taking in Lake Lane to Barnham and then the Barnham Walberton Cyclepath to Walberton. Then it was Yapton Lane back into the North End of Yapton, again, before turning off on Ford Lane to the Pub

As we got ready to leave a picture with flash showed up our reflective cycle gear nicely.