Today was the annual West Sussex CTC Group picnic held at West Wittering beach. 3 clubs headed down there from Bognor Chichester, Worthing area and Horsham and Crawley. In the end 18 met there as far away as possible from the crowds at the main beach meeting near the Harbour entrance.

For Bognor Chichester Graeme was the leader and he was joined at Chichester Cross by myself Andrew and  Michael Eastham we picked up Graham Annaly soon after leaving so 5 in all.

We took a fairly direct route via West Street and then Apuldram lane to pick up the Salterns Way Cyclepath. On rejoining Apuldram Lane there was a traffic jam of cars heading to West Wittering. We overtook them and then turned right away from the cars to pick up the Salterns Way  to Chichester Yacht Basin. We got to the Boat House Cafe for an elevenses stop. The outside there has been changed from grass to gravel which seems a change for the worse in a dry summer but will no doubt be better in the wet. Graeme was generous as usual and bought us all hot drinks. 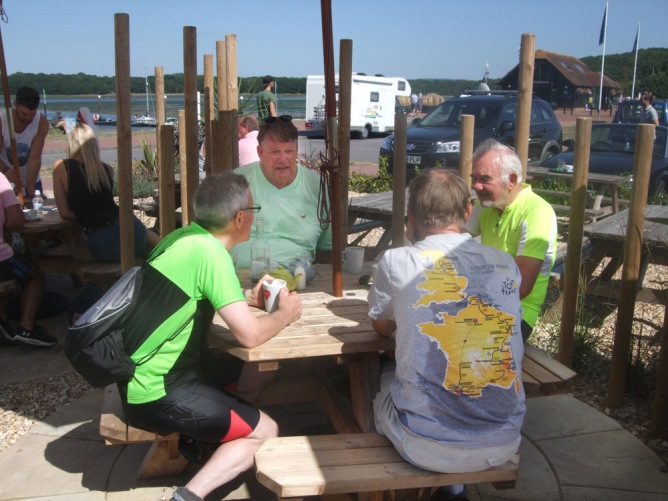 Then we continued down the Salterns Way first via Birdham Pool when a kind lady volunteered to take a picture of the group. Graeme was exploring a short way further on. 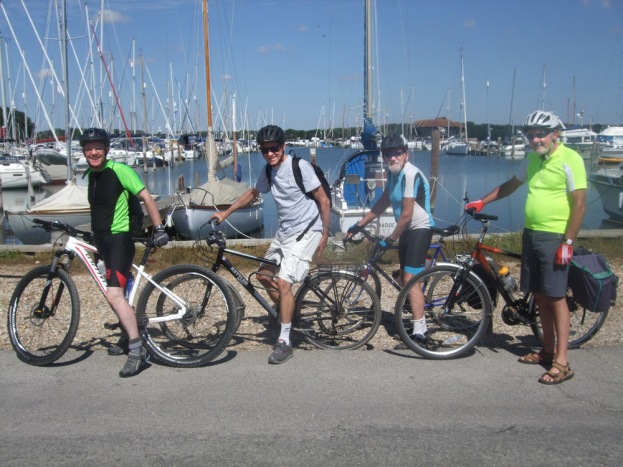 Then it was on via lanes via Birdham and more paths down to Itchenor. Between Birdham and Itchenor the path has been cut out and widened to much improve the previous singletrack. I heard later that this was due to a very keen Sustrans volunteer moving into the area from elsewhere.

From Itchenor it was more pathways and farm roads all traffic free. Eventually we came out at the far northern end of West Wittering to join the queue of traffic probably jammed up from near Chichester. It was really quite pleasant to overtake them all.

Then it was on to the road to West Wittering Car Park which was packed full of cars. We smugly bypassed the booth charging cars for parking. We went on to the agreed meeting point at the far end by the large Red Flag visible from some distance. This area at the entrance to the harbour is banned to swimming so the beach there had far fewer than the main beach near the car park. It was though much busier than previous years for the picnic which is not surprising with the hot temperatures. We were second to arrive with Horsham Crawley Group already there and Arun Adur arriving 30 minutes later. There were 7 from Horsham Crawley and 6 from Arun Adur 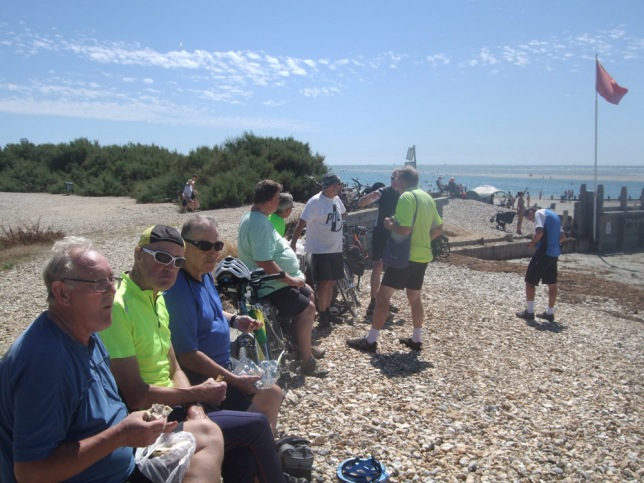 On the return ride Graeme led us and Arun Adur via a private estate back route to pick up the road to East Wittering. 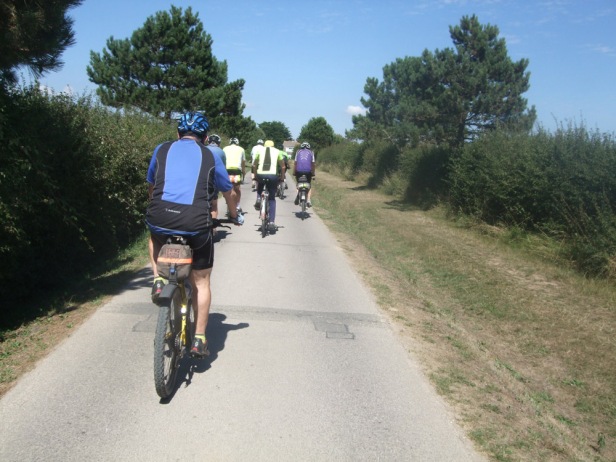 At East Wittering we stopped for Ice Creams at Tesco. Arun Adur led by Richard Boulton decided to move on as they had much further to get home. Again Graeme bought us all ice creams. DISCLAIMER – this is not to be expected of any other leaders!!. 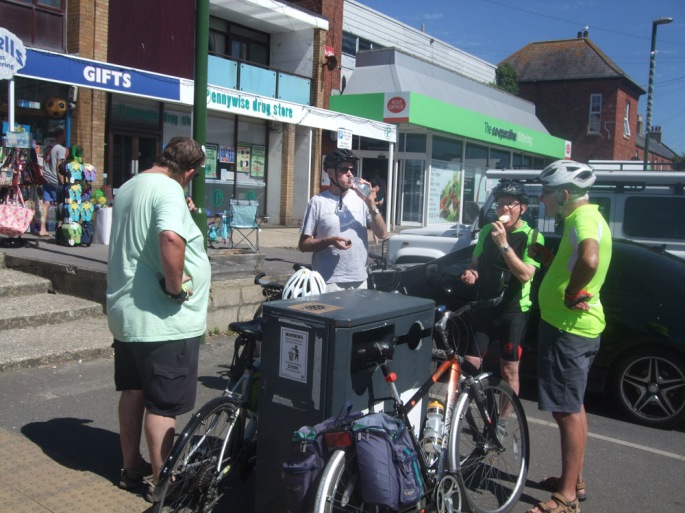 For more details and a larger picture see https://www.flickr.com/photos/edwinjones/28824572507/in/photostream/