A group of ten assembled at the Chichester Cross which included Arthur, Michael, Maureen, Tony, Sam, Bob, Christine, Alan, Martin and Bill. We headed west along West Street then using Arthur’s ‘Pied Piper’ skills two more, Andy and Graham joined the back of the peloton before the first roundabout.   The route took us over the railway foot bridge on to Fishbourne Road then right onto Clay Lane with its ‘Rolling Hills’.  We eventually reached the first ‘watering hole’ at the Woodmancote Arms. After much coffee and cake we waited until two more riders, Lynn and Jan joined us so 14 in all now..

We continued via Westbourne and on towards Havant. At Havant we turned off the main road and onto the cycle path that led us under the A27 then to the causeway leading to Hayling Island. Over the causeway we turned left towards Northney, then south towards the lunch stop at Meadow Farm Nursery.  The selection that we could partake of for lunch was huge, fortunately the queue for ordering was quite long so there was plenty of time to select what you were going to order, then change your mind! The sun was out in full force so we all took to the shade under the umbrellas in the garden. 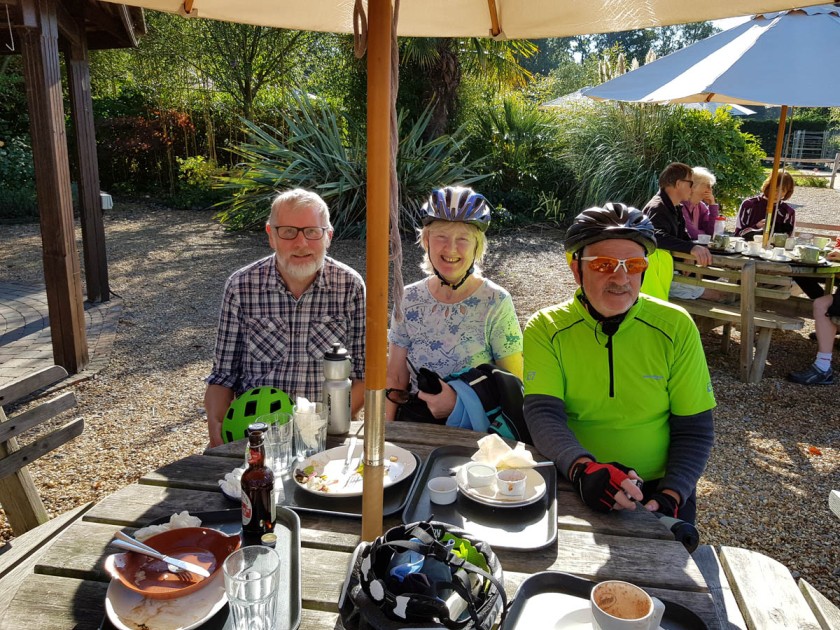 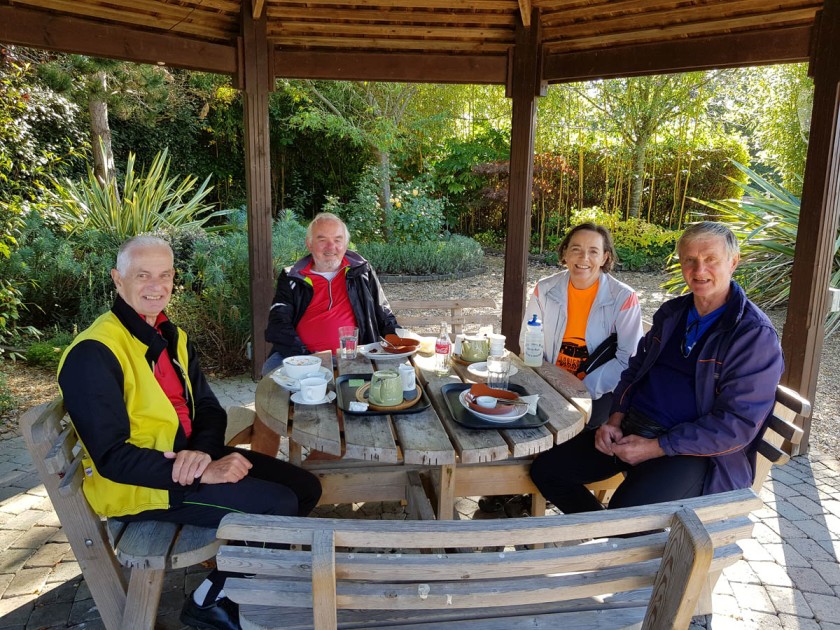 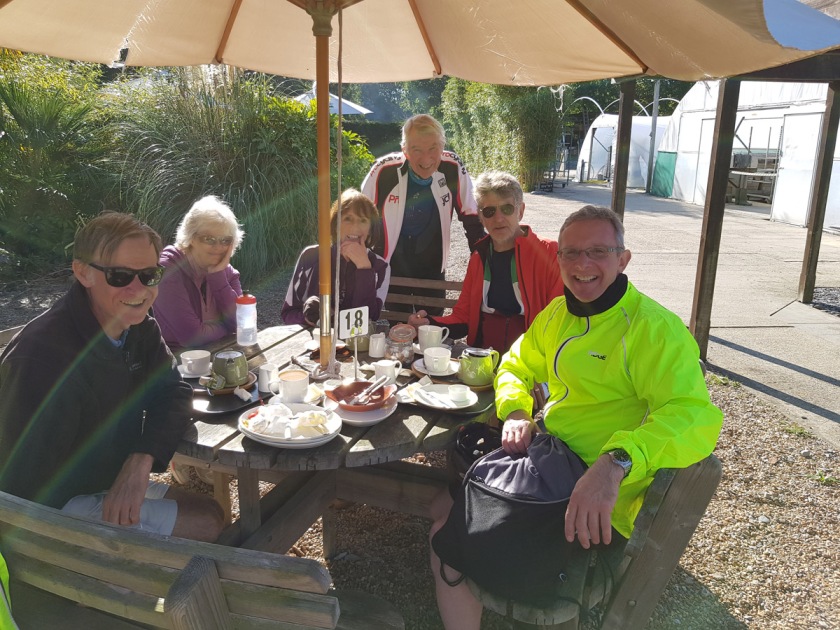 The route towards home was the reverse of the route out until we deviated to the Roman Villa at Fishbourne. Many tables were pulled together so that the group could all sit around together. Once the ice creams were devoured we sat chatting for ages in the hot sun. Eventually we all set off on our various routes home, for me door to door was 42 very enjoyable miles. Many thanks Arthur.