It was a pleasant warm and dry  day today. It was mainly cloudy though with some sunny spell and temperatures up to 25C. I was the leader and I was joined at Chichester Cross by Peter Wilson of Arun Adur plus Fred and Dawn Latimer. Arthur and Lynn joined up with us at lunch and for the Ride back. Numbers were a little disappointing compared with the other groups with 7 from Arun Adur and 16 from Horsham Crawley. 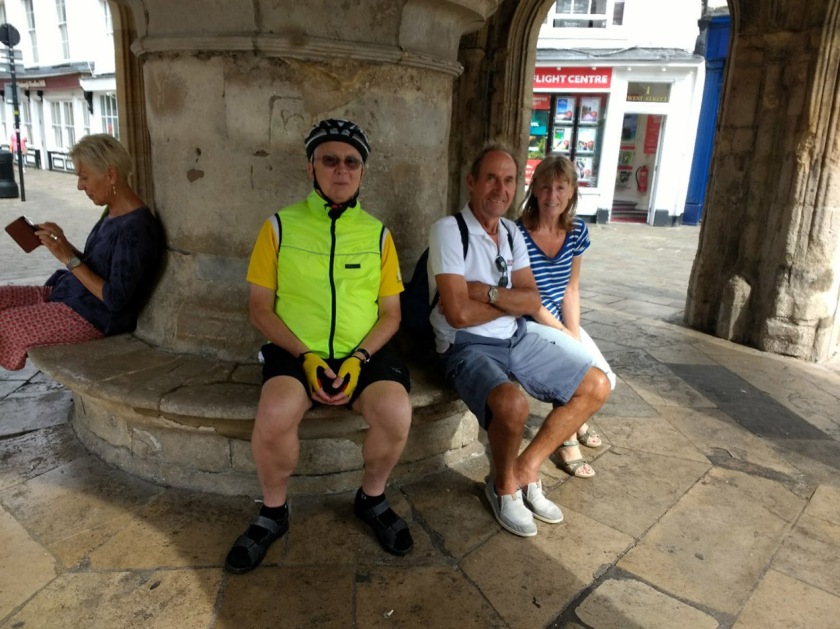 I led the group out via West Street and then south on the Salterns Way alongside Appledram Lane and further south on the path to Chichester Yacht Basin and a stop for elevenses at The Boat House Cafe. Great views there but they have a problem with slow service especially when busy.

Then it was further south on the Salterns Way via Birdham Pool and passing Birdham Church before more paths across fields to Itchenor and on more of the Path to West Wittering and riding on through the gates with nothing to pay as the cars forked out their £8.50 car parking fee. We settled for our picnic on the beach front facing Chichester Harbour just past the big red flag. We arrived about 12.30 with Horsham Crawley group already there and Arun Adur arriving immediately after us. The pictures show just us and some of Arun Adur group with most of Horsham Crawley group a little further along the beach. 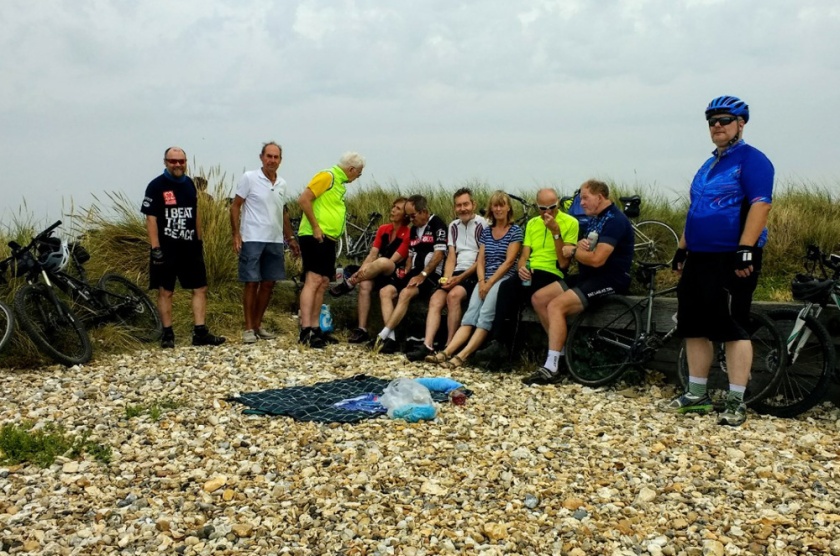 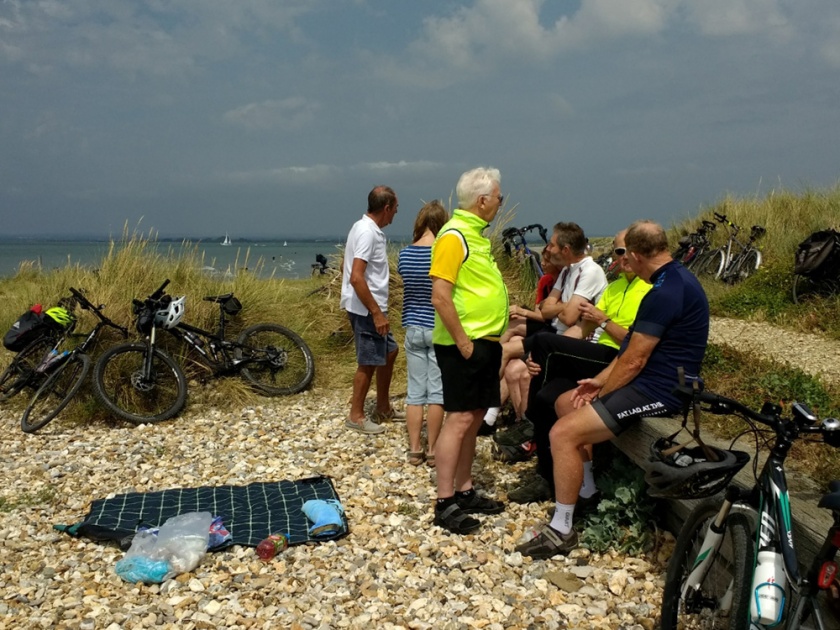 For the return we took a different route back via East Wittering, Bracklesham Bay and Earnley. We stopped for an early tea stop at Earnley Butterflies. They don’t always allow access to their cafe without paying the full entry fee but they let us through after checking it wasn’t too busy.

We continued back via lanes towards Sidlesham and then on to Hunston where Arthur led everybody else back to Chichester while I turned off to head back to Pagham.