Arthur was the leader on this Ride and he was joined at 10.00 at Chichester Cross by Lynn, Graham, Bill, Lawrence Dooley a newcomer to the area and myself (Edwin) 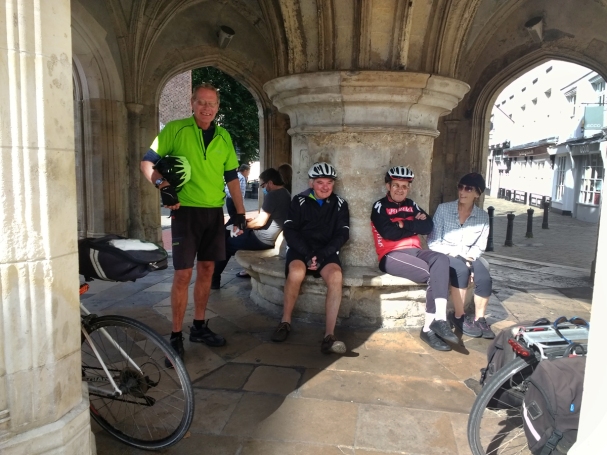 We headed out on the usual route on West Street and then picking up  Appledram Lane towards Dell Quay before turning off on the Salterns Way to Chichester Yacht Club. We stopped off for elevenses at The Beach House Café. We were lucky to avoid having to use the App to order by using an outside Caravan which does hot drinks and seemed to be open only when it is busy.

After elevenses I left the group and headed home via Hunston and completed 19 miles includingthe  ride to the start. The others continued via Birdham Pool and Birdham to the lunch stop at East Wittering.