Steve and Carol Cycled to the meet point for the Saturday Ride at Chichester Library meeting up with Maureen at the Royal Oak pub on the way.  At the meet 4 more cyclists turned up. We all decided that due to the bad weather we would head for Brick Kiln Nursery instead of Russell’s at Birdham.

However on leaving the Library the rain stopped as the Cycle Bognor no rain guarantee kicked in so we decided to extend the ride and cycled out to Tangmere and across the airfield to Oving village. At the end of the Airfield path we stopped for a conventional group photo and a selfie where most managed to get in the picture.

Then it was on to Drayton and along Bognor Chichester Cycle track arriving at Brick Kiln Nursery where we had tea &cakes, To our surprise there was a very good singer who entertained us for our duration. 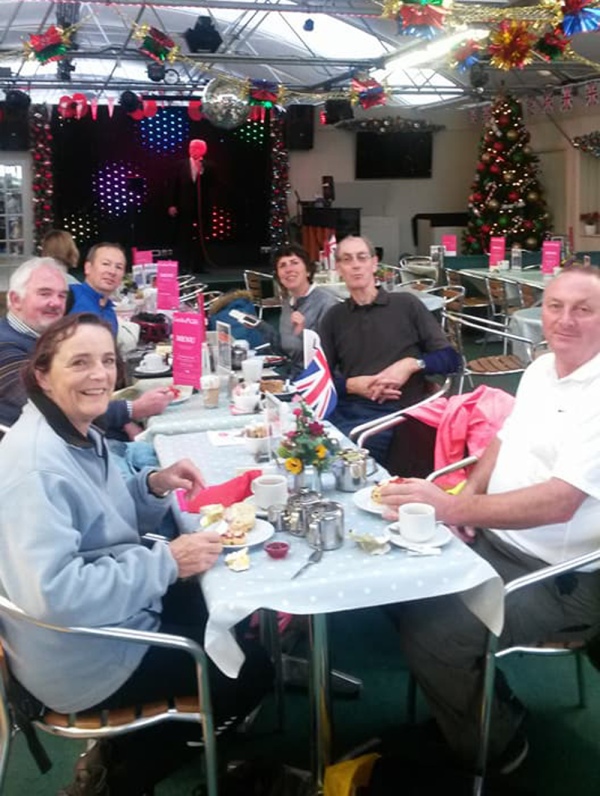