Due to engineering works the very  long train assisted ride was cancelled and amended and notified to members by email to be a ride starting at Chichester Cross to The Royal Oak, Hooksway. The day started cloudy and cool but the sun came out after an hour and it stayed warm and sunny up to 15C. Jeff was the leader and was joined by myself, Mike, Sam and Tim

Jeff took us on a fairly convoluted route out of Chichester taking estate roads north from West Street to link up with Broyle Road. Then we turned off onto Brandy Hole Lane which is pleasantly quiet between trees, Sam stopped to add a coat which coincided with a group on horses coming out of a field. 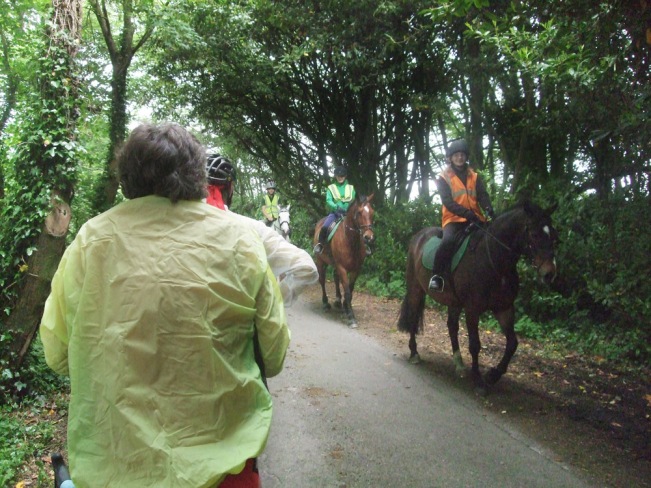 Then on to West Stoke and a left turn on a not much used Lye Lane and on via East Ashling trying to find a route through the village between the potholes. We turned off on Southbrook Road to West Ashling and then round via the wet Watery Lane to Funtington. Then it was a more familiar road over the hill to Racton and onto the B-Road north up the valley. Jeff turned off on a favourite Colin loop via Locksash Lane and some hills. I was into hill avoidance and went straight up the valley to save us a table at Compton for elevenses. After elevenses a lot of interest was taken in a quite old car. 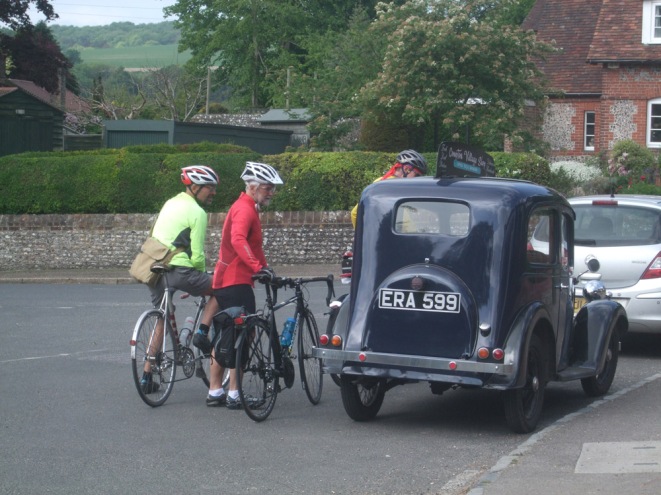 After a brief way north we took a right turn on a narrow lane across country with a lot of cyclists coming the other way on an event and a few steep hills added in. 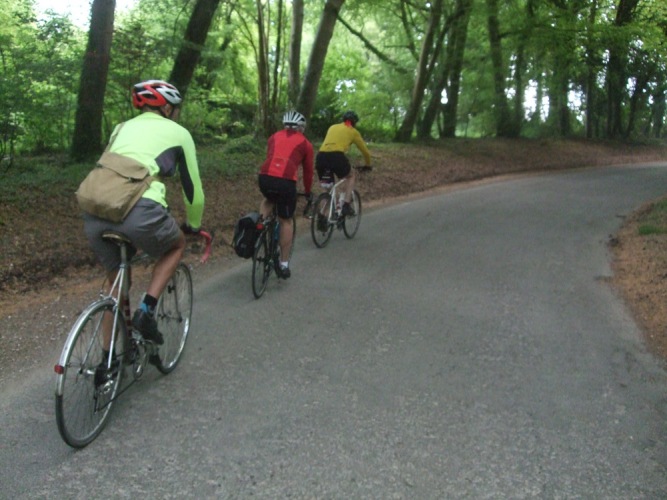 While the others headed on a route via Up Marden Stoughton and East Marden I took a more direct route via North Marden and a stop for Sandwiches at the 12th Century North Marden Church with a long bench overlooking green fields. We met up at the Royal Oak pub, Hooksway which is in a beautiful hollow with the way out being back up the hill save for tracks up to the ridge of the Downs. 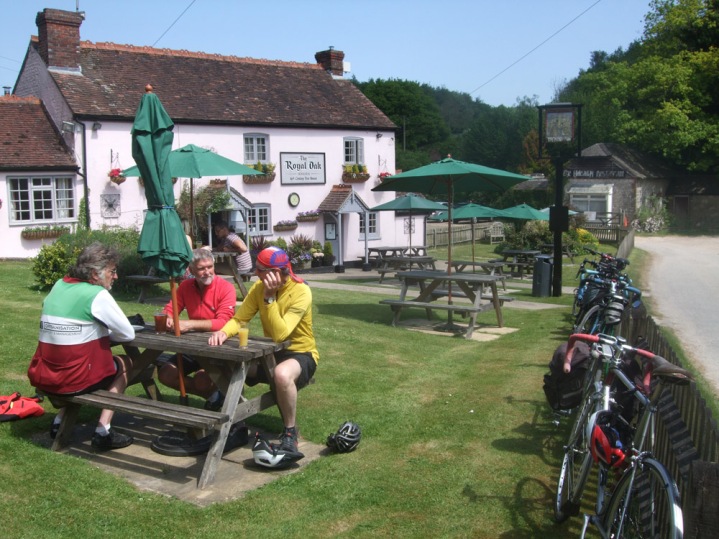 Back up the hill after lunch we stopped to regroup at the top.

Then it was on to Chilgrove and a left turn on a lane with 3 hills and a brief break at the final hill.

Then it was down to West Dean turning off onto the top end of the Centurion Way cyclepath.

Then on down with a brief break on the trail near Lavant. 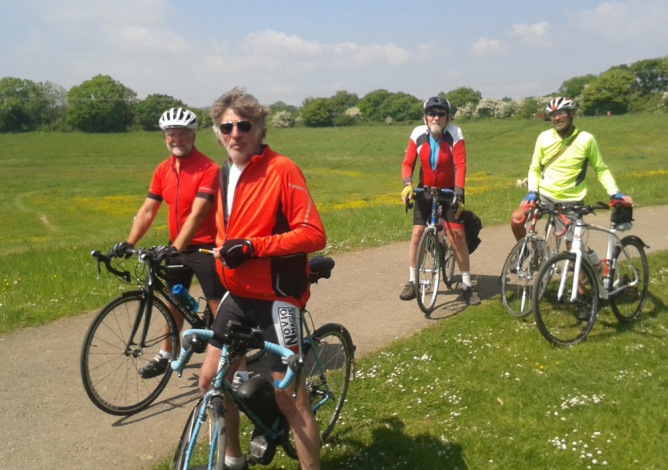 We headed for a tea stop (ice creams) at the Chichester Canal Basin.

Mileage from and back to Chichester for the main group was 35. Including my ride home my mileage was 43.

Meanwhile on the short ride to East Wittering Harvey led Ray Gould and Andrew with a route down the Salterns Way and Piggery Hall Lane to lunch at The Boulevard Cafe.